As a young man, Gianni Ferrari, together with his father, Fernando, patented irrigation machines and components such as a ball joint, now known the world over as the “Ferrari joint.” A few years later, in 1957, Gianni designed his first walk-behind tractor and started to devote himself to farming machinery.

The Brevini e Bernardelli was established in Gonzaga as a metal structural-work plant for agricultural machinery. In 1979 Claudio Ferrari joined the company and founded the Officine BIEFFEBI, hence the development of equipment (mowers, snow throwers etc.) for power-tillers and tractors.

BIEFFEBI launched the “Fullgreen” line with Rinova Double, its first power-model. Rinova is an innovative machine with an interchangeable aerator/flail mower rotor.

BIEFFEBI started manufacturing lawn mowers with the Play Green model. A unified sales network was created for the sales of medium-small machines bearing the BIEFFEBI trademark, and the bigger models with the GIANNI FERRARI brand.

BIEFFEBI produced the Top Green model, the first ride-on mower in the world with an out-front deck and direct grass collection system.

The Turbo 4 model was launched with the slogan «4-wheel drive and 4 cylinders». This flagship model of the GIANNI FERRARI range is still today the reference point on the market.

The merging of the two companies was completed and GIANNI FERRARI became the sole trademark for the entire range.

The Turbo 6 Flail made the scene as the first lawn mower in the world with a flail cut and 3 independent flail decks for a 3-meter cutting width.

GIANNI FERRARI diversified its own range with the Turboloader, a multi-purpose machine with articulate chassis, four equal-sized driven wheels and a tool-carrier telescopic boom.

All the power and productivity of the Turbo 2-4 meets the utmost comfort with the debut of the Turbo 2-4 CRUISER. The large insulated and suspended cab, heating and air conditioning as standard, along with electronic transmission management make this model extremely comfortable for prolonged use in any weather conditions.

The Turboloader range completes the range over six years with the 3 S, M, and H Series. There is the new optional of the Cab and H440-2S emerges with innovative 4 dual speed transmission wheels.

GIANNI FERRARI launches the most powerful, high-performing model in the already existing Turbo1-2-4 range. The new Turbo4 FIFTY features strengths like a 50 Hp engine, dual speed transmission, and a 1400-litre collector, making this a top-of-the-line machine.

GIANNI FERRARI – Officine BIEFFEBI group manufactures professional gardening machinery and has always been recognized for its innovation and quality.
The company plants are located in the heart of the industrial district that is internationally known as one of the most technologically advanced in the mechanics and hydraulics sectors. Our companies are equipped with cutting-edge mechanical equipment for production, extremely advanced welding robots, and presses for forming sheet metal.
All group plants are ISO 9001 Quality certified and, in 2005, GIANNI FERRARI was also awarded an ISO 14001 environmental certification, in line with the environmental sensibility of the company.
At the moment, GIANNI FERRARI group employees approximately 120 individuals and its premises extend over a covered surface area of approximately 19,000 square meters. The current range that is offered comprises 10 product families, each available in numerous models and versions.
GIANNI FERRARI exports to more than 30 countries worldwide and exportation represents over 60% of its market. 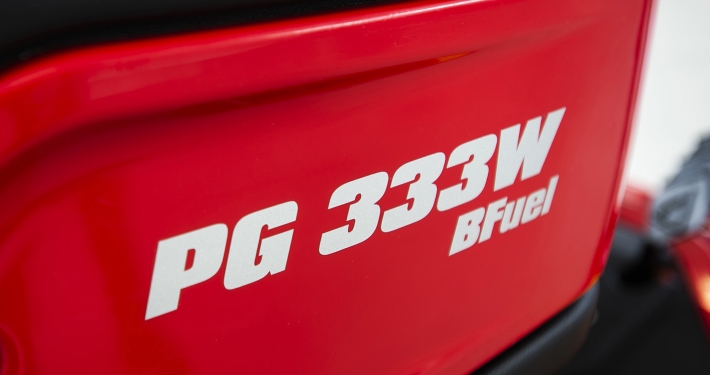 You can find more information about which cookies we use on the site or disable them in the settings.

This website uses cookies to enable us to offer the best possible user experience. Cookie information is stored in your browser and performs functions such as recognizing you when you return to our website and helping our team to understand which sections of the website you find most interesting and useful. You can adjust all cookie settings by navigating the tabs on the left side.

Strictly Necessary Cookie should be enabled at all times so that we can save your preferences for cookie settings.

If you disable this cookie, we will not be able to save your preferences. This means that every time you visit this website you will need to enable or disable cookies again.

This website uses Google Analytics to collect anonymous information such as the number of visitors to the site, and the most popular pages.

Please enable Strictly Necessary Cookies first so that we can save your preferences!